You are here: Home / Planning Appeals / Appeal – Housing Development At Ballymagorry. (2005/A700)

Carey Consulting provided Roads Service with a proposed Access Arrangement Drawing prior to the Appeal Hearing and negotiated with Roads Service that on the basis of the acceptability of the access arrangements proposed that they would withdraw their 5 draft refusal reasons.

As all the Draft Reasons for Refusal were withdrawn and due to all other matters having been satisfactorily addressed the Appeal was allowed.

Full details of the decision can be found at:- http://applications.pacni.gov.uk/reports/9213R.pdf 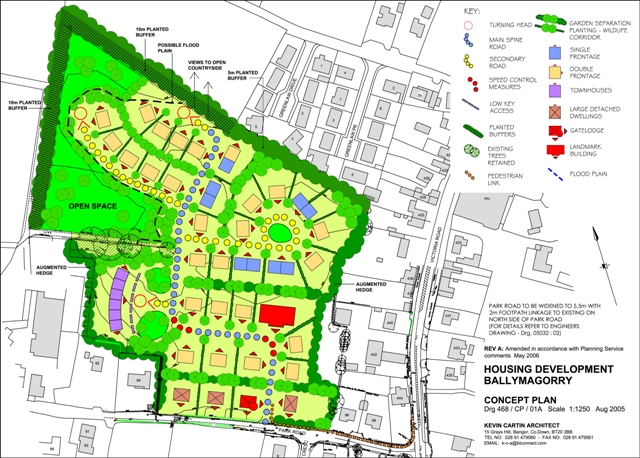